It is quite pleasant to live in one of the most livable cities in the world and March is a good month to be in Melbourne.

Ten minutes after leaving my home, I reach the walking and bicycle path alongside the Yarra River.

The river originates in the Central Victorian Highlands (approx. 240 km as the river flows) North-East of Melbourne and runs into Port Philip Bay.

Moving on toward the city centre, on the right side of the river is Melbourne’s sports precinct, the new football stadium (soccer), Olympic Park Swimming Complex, Lexus Center, the home of the ‘infamous’ Collingwood football club (Australian rules) and of course the Tennis Centre with Rod Lever Arena facing the river home of the Australian Open (Tennis) 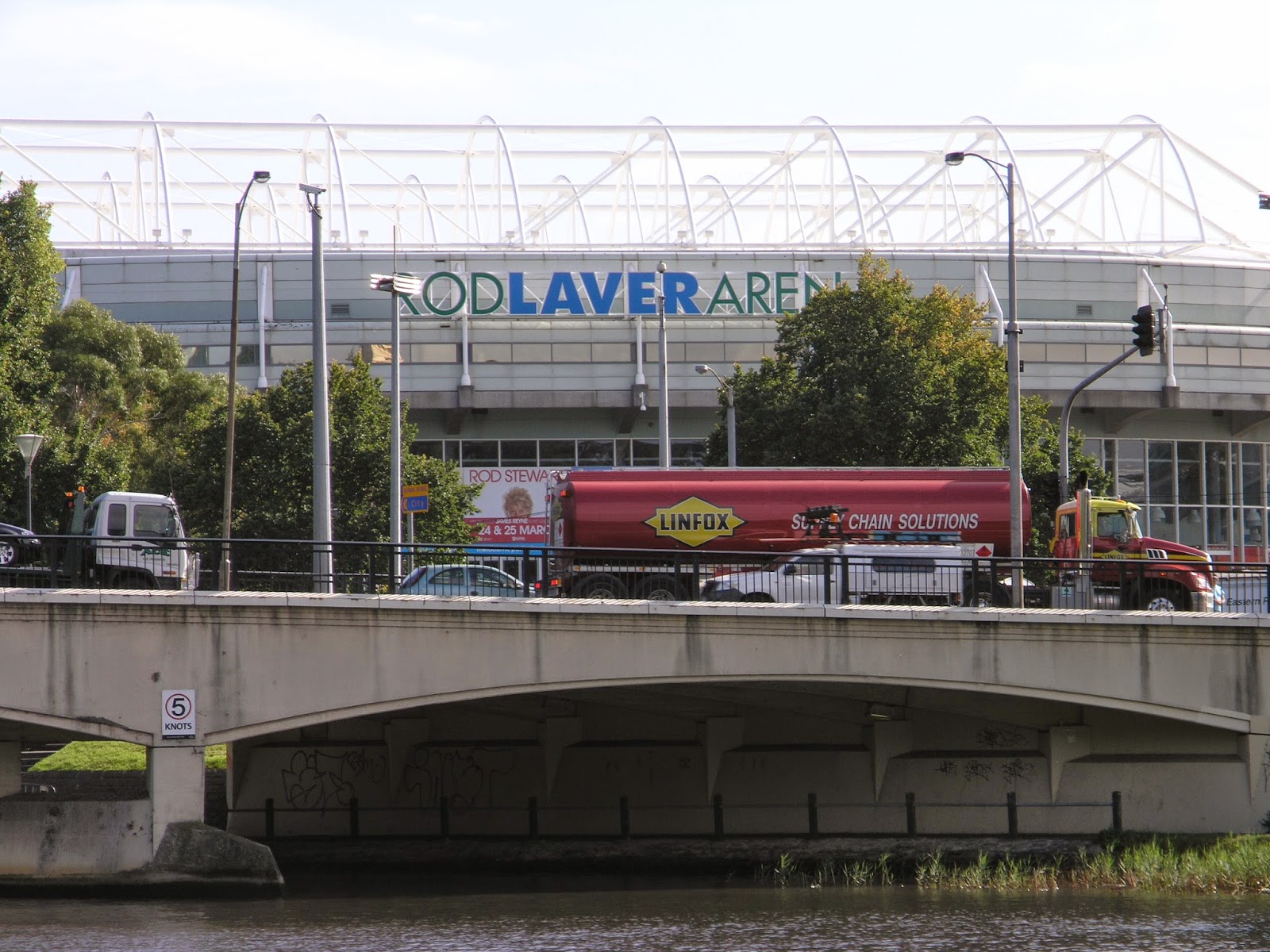 On the left is the Botanic gardens followed by the Alexandra Gardens (my destination for the day).

The elimination rounds of the Moomba water-skiing championship are on with some of the world’s best competing for the title. 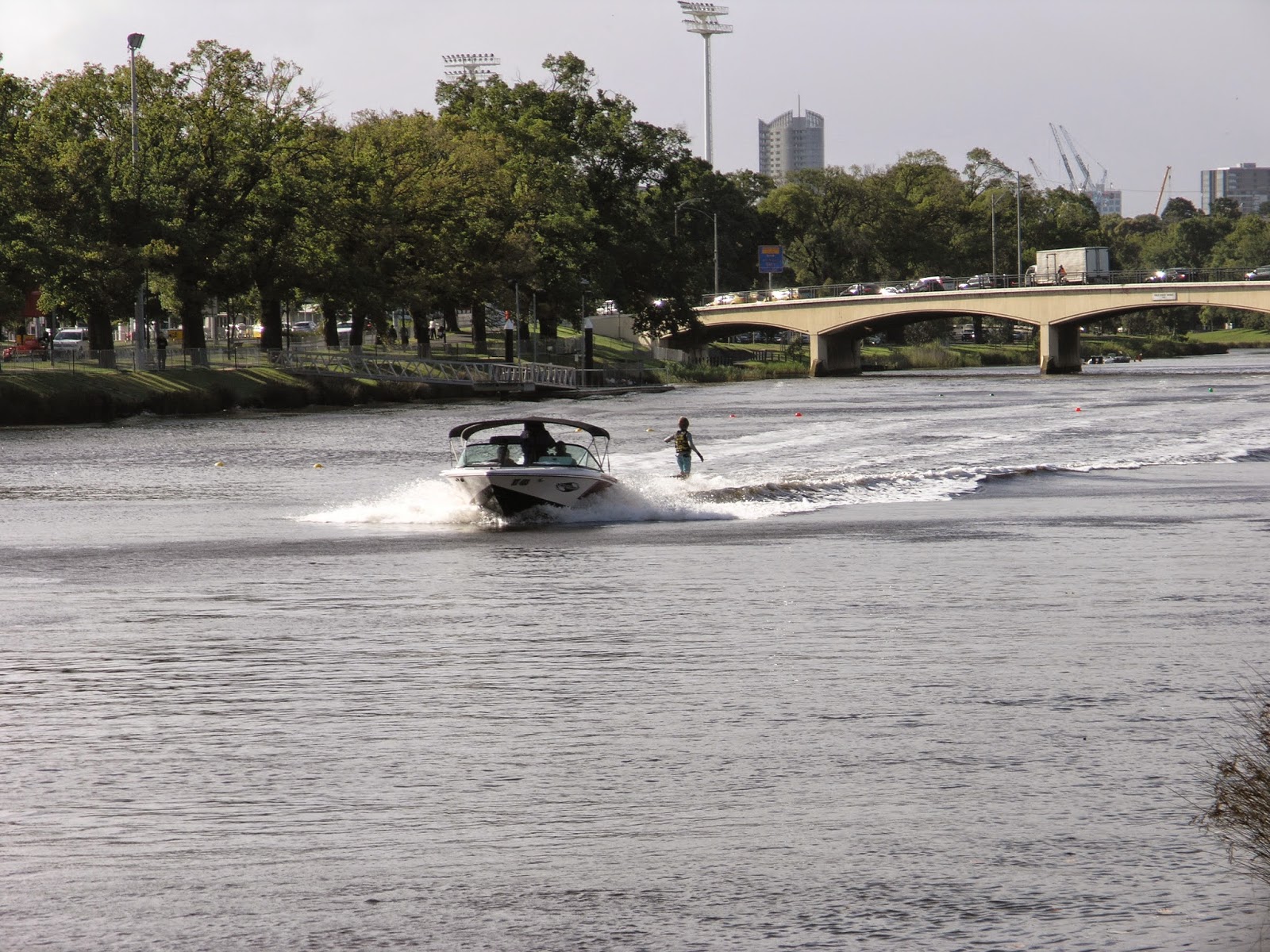 The festival started on the 6th of March, there are free concerts and shows and some very expensive fun rides available for the multitudes coming to enjoy the days.

9th of March the last day of the celebrations is a big day in Melbourne, it is Labor Day holiday. Why
would you want to celebrate Labor Day in cold May when you could have a long weekend in beautiful March and enjoy the Moomba Parade, the carnival the fireworks at night and have fun. (You can watch if you wish the official May Day functions in comfort at home on TV on the 1st of May). 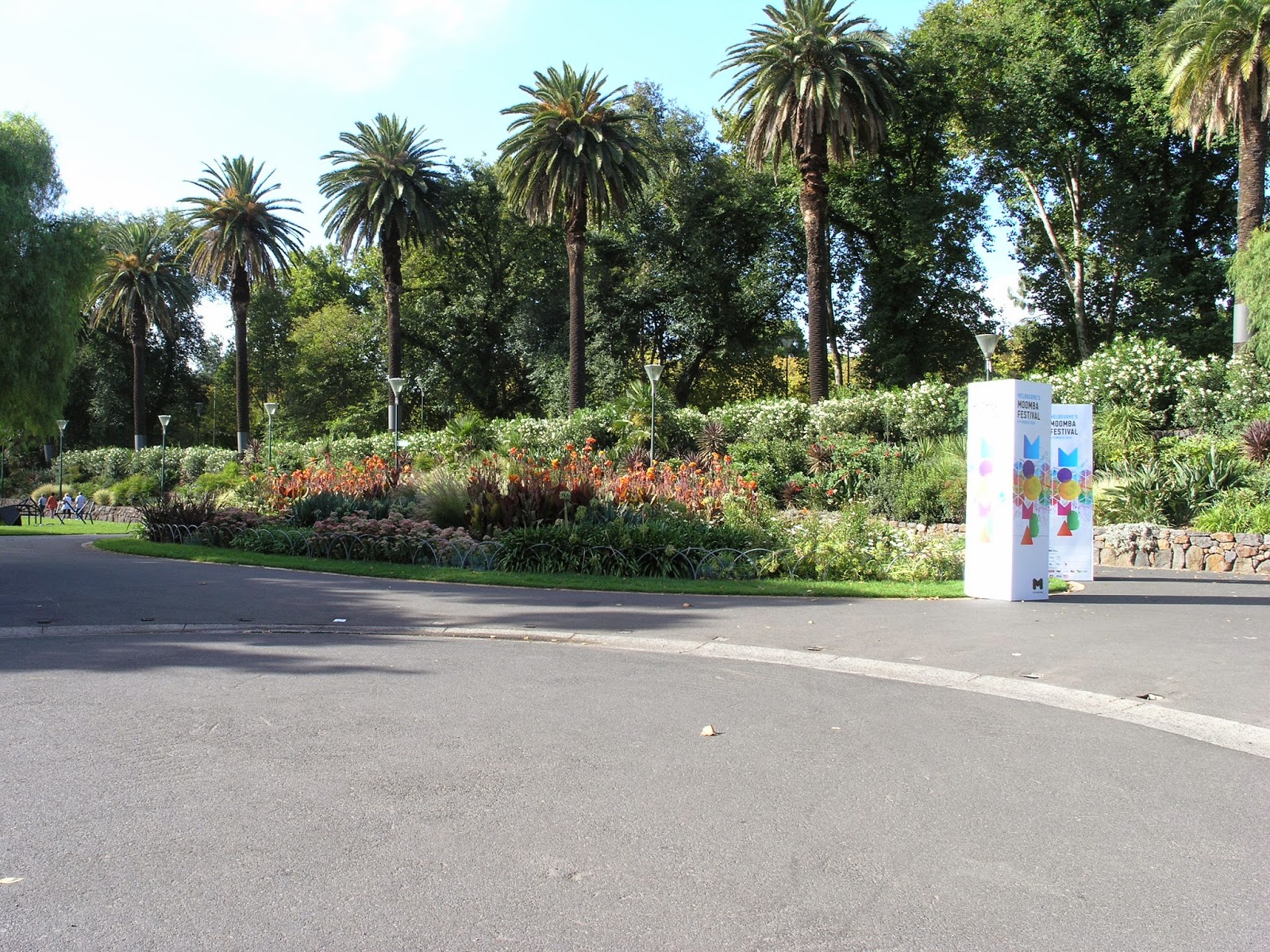 The following morning, Tuesday, everything is back to normal on the river front. The dozens of boat
houses run by municipalities, sporting clubs and schools reopen their doors. The coaches as they ride their bikes along the riverside yelling instructions through their megaphones to their teams preparing
for the next competition.
Posted by Geriatric Backpacker at 16:19