From Queen Victoria to the Australian Grand Prix

Following on from Alexandra Gardens, the home of Moomba, I reach Queen Victoria Gardens, there a statue of the Monarch is gazing over Melbourne City with approval. 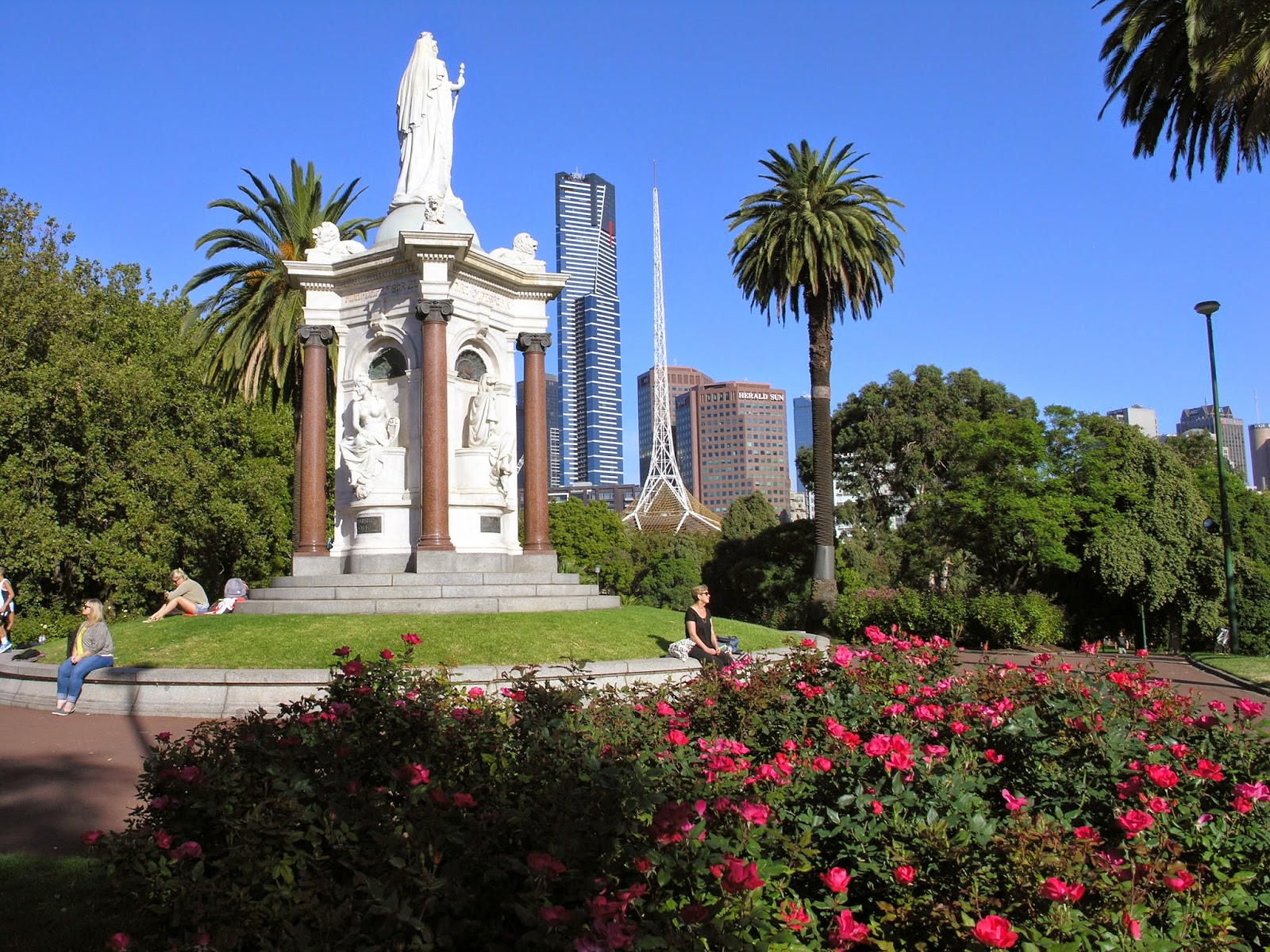 Relaxing on one of the benches, I can hear the noise of traffic from St Kilda Road, Melbourne’s nicest Boulevard. Heading south, as I reach the road, the Victorian Art Centre with its mini Eiffel Tower and the National Gallery of Victoria lay on the right side of the road followed by the Victorian College of the Arts part of Melbourne University and Victoria Barracks built in 1872 as accommodation for the British Imperial Garrison, it is one of the remaining old buildings on the right side of St. Kilda Road. Most of the rest are apartments, office blocks and Hotels built from the 1960’s on. 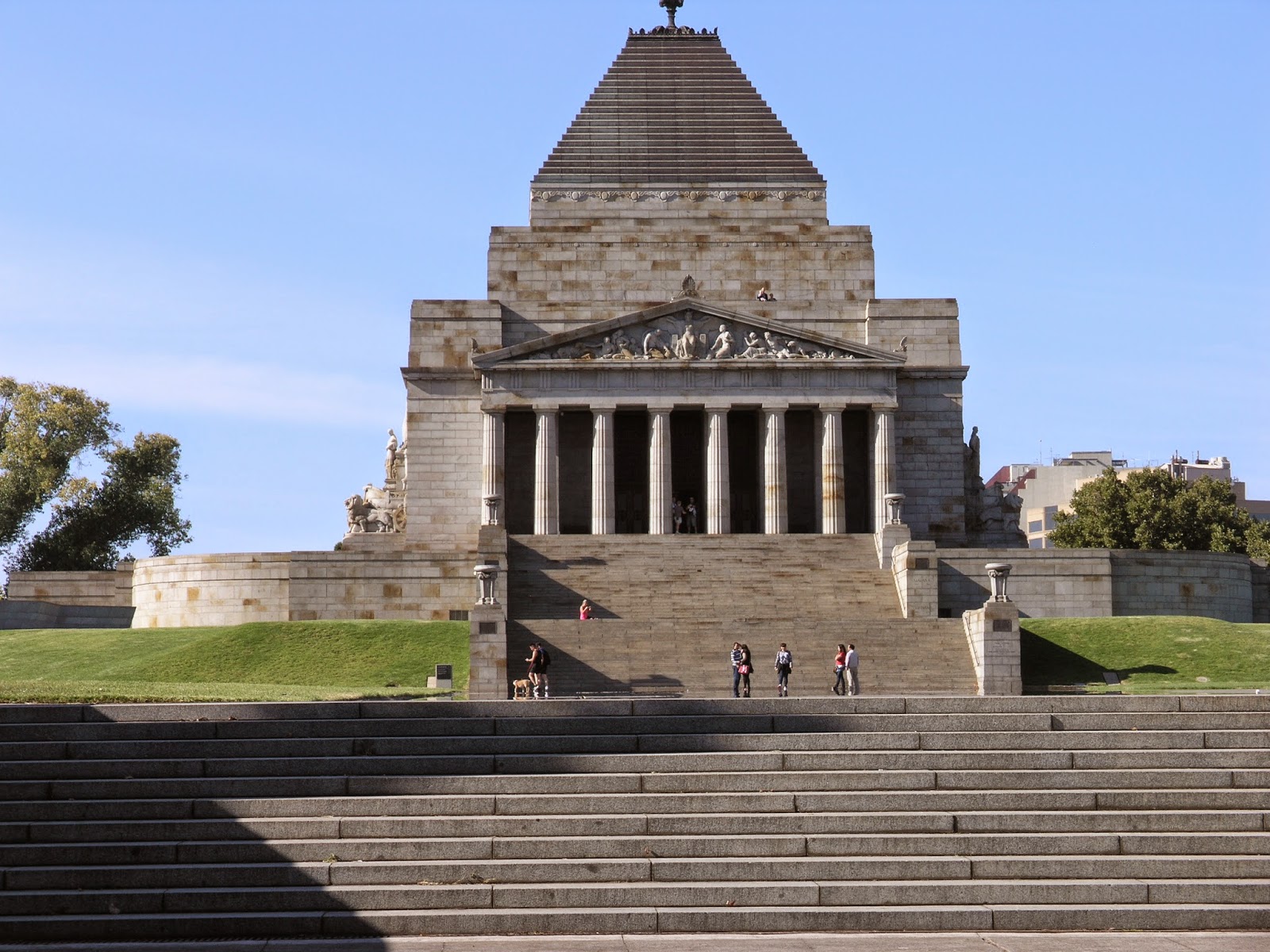 The left side of the road hardly changed since the 1960’s. The whole area is covered by parks, the largest is Kings Domain, located in it is the Sydney Myer Music Bowl, a very popular summertime venue for all sorts of events including the annual free Carols by Candlelight concert, held on Christmas Eve.

Further South is the Government House, the home of Victoria’s Government General (The Queens representative in Victoria) and the Old Melbourne Observatory.

Further South still, and clearly visible from St Kilda Road, is the Shrine of Remembrance opened in 1934 as a memorial to the men and women of Victoria who served in World War 1 and now to all Australians who served in war. 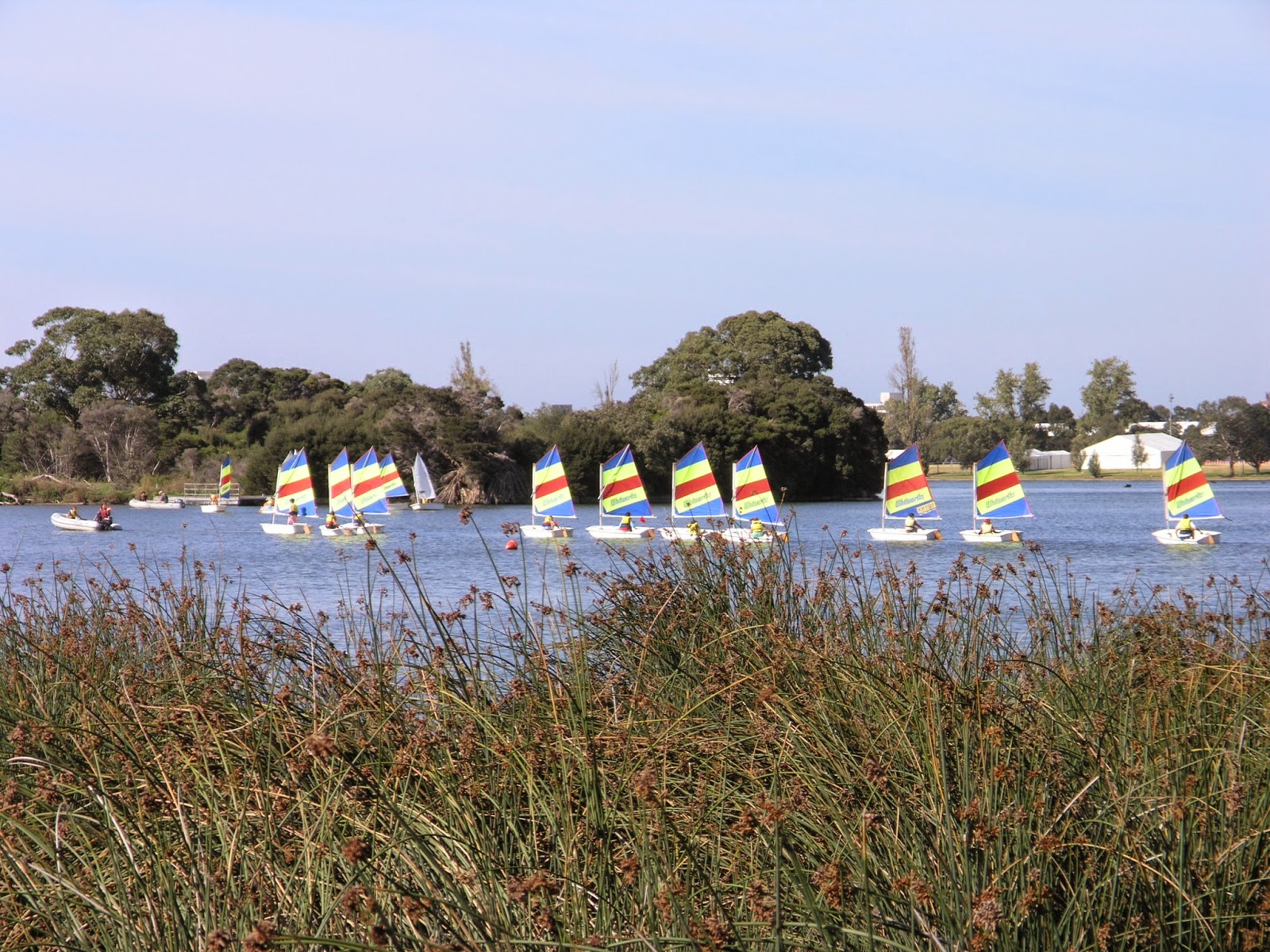 To the East the Botanic gardens definitely worth a visit but not today. Today I am turning west to Albert Road and Albert Park home of the Australian Formula 1 Grand Prix. Yes, I know, the Grand Prix is over and dusted and Daniel Ricciardo did not win but Albert Park is a Melbourne landmark with the Sport and Aquatic Centre, a public Golf course, a Lake suitable for sailing, two dozen plus Cricket, football and various sport grounds, picnic areas, bike and walk paths.

Exactly the sort of place the inner city suburbs surrounding it needs for a life style few Cities can offer.


Have a look on Google Maps, Melbourne. It is better than not seeing at all.
Posted by Geriatric Backpacker at 21:03