Passau, the City of Three Rivers, the confluence of the Danube and the Inn rivers plus the Ils river from the north created optimal conditions for the growth of the city. Originally a Celtic settlement, the Romans set up a colony on the south side of the Inn, when they left in the fifth century St. Severin established a monastery at the confluence. 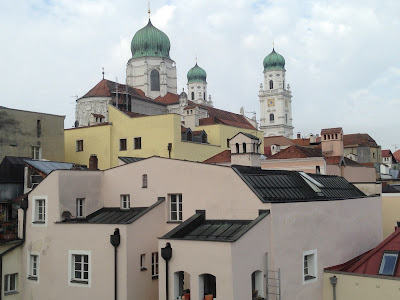 Three centuries later it became a bishopric. From 1161 to 1803 Passau was an independent self-governing city within the Holy Roman Empire ruled by a prince-bishop. With secularization in 1803 the city became part of Bavaria. 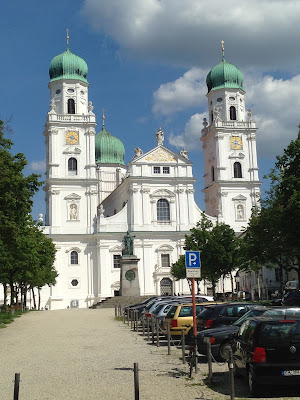 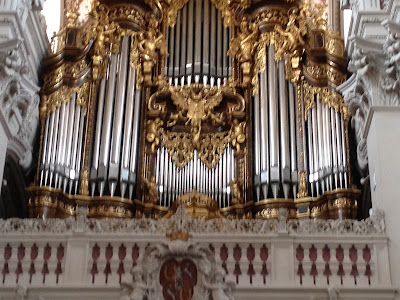 After a devastating fire in 1662 most of the old-town was destroyed. The cathedral or commonly called the Dom, a baroque nave was added to the remains of the Gothic choir and transept (not that I noticed). It is the largest baroque church north of the Alps and the organ with nearly 18,000 pipes is the biggest in Europe, organ concerts are held daily in summer. 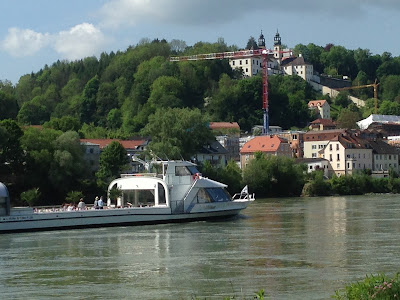 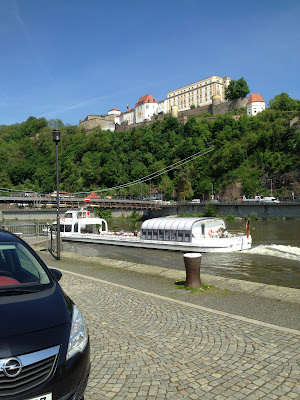 Posted by Geriatric Backpacker at 22:03