What a difference the weather makes it was a pleasant ride out of Regensburg I was soon passing Walhalla a building modeled on the Pantheon commemorating about 200 Germanic heroes I do not know enough of German history to be able to appreciate it and make it worth the big climb up the hill. 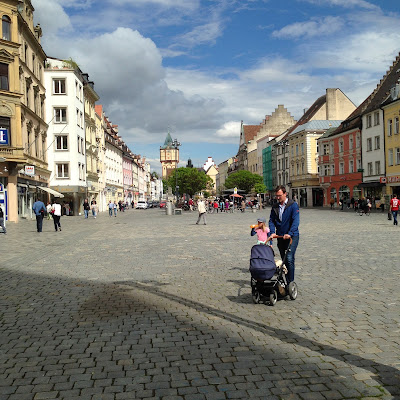 I arrived in Straubing (pop. 45000) after a 50km. ride but I was much to early - they have the 2nd biggest beer festival in Germany (Gaubodenvolksfest) in mid August with 1.5 million visitors, they should call it 'August-fest' and double the visitors. The main square is huge lined with 14th century buildings it is the get together place of the town. The hotel I am staying in for the night is run by a Lebanese refugee with relatives in Australia he visits them almost every year he lived in Sydney for 2 years before joining his brother in Germany, finally I will know that will be my diner before it is in front of me. 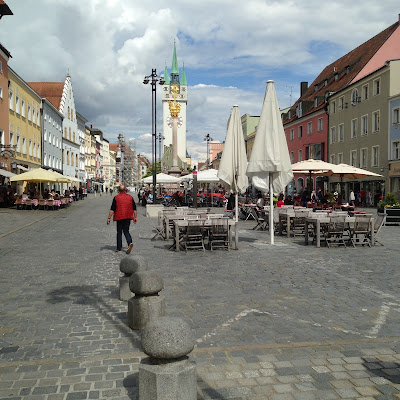 Getting ready to depart in the morning I realized the rear tire was flat the day is Sunday and Mothers Day everything is shut, fortunately the hotelier knew the owner of the bicycle shop next door and got one service men to come in, the tire did not have a hole the tube facing the lining on the wheel had some rubbish rubbing it until it started leaking air I got a new tube a lining and charged 20 euros for the lot I gave him an extra five, he was pleased and I even more. 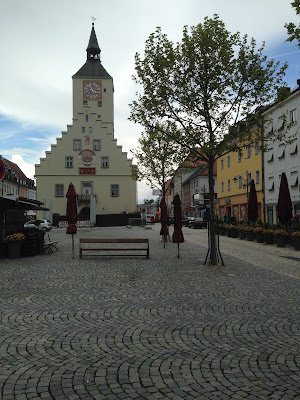 I dread the thought what if? I could still be there instead of Deggendorf  (pop. 32000) a lovely town with its restaurants full with people celebrating Mothers Day. Few would think that this town gained a place in infamy due to an anti-semetic program in 1337 when the entire Jewish Community was destroyed by fire.(Look it up on the internet.) 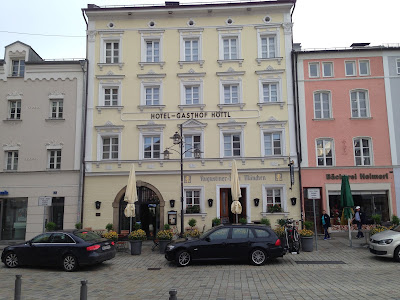 Posted by Geriatric Backpacker at 23:02