I did not have much luck with the weather so far rained nearly every night and light showers during the days. I am told it will improve in the next 2 or 3 days, 80% of the tracks are generally good but it leaves up to 20% unpaved or bed, and than it rains it is worst. 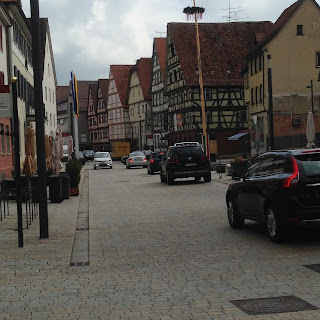 Of course every coin has 2 sides, the country side is lush green and I pass a brook, stream, or river every km coming from all direction and most will join the Danube making it noticeably wider every 20-30km. 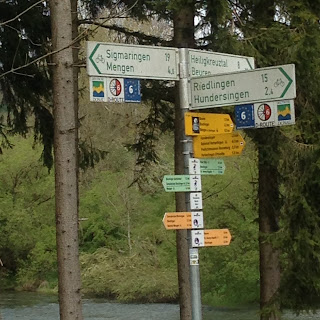 Much of the roads used as the cycle-way are  duel purpose country roads so the farmers can get to there plots and cyclists can enjoy riding in the fields. Than I cross some of the small villages it is easy to tell whether they breed animals or grow vegetables and there is a village every 5-6km. or a small to medium size town 5-25000 population every 30km., but people love rivers that is why they settled there first. A magnificent medium size town I am passing through is. 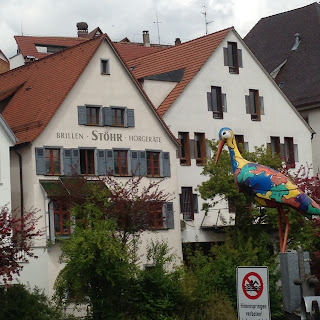 Riedlingen population 10 000 dating from the 13th century with it's traditional market square and half-timbered buildings from the 16th-18th century. 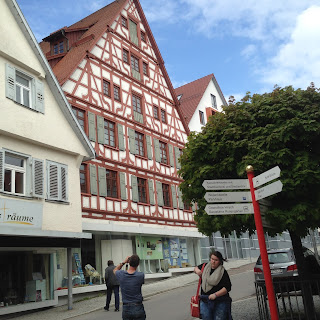 Blaubeuren population 12 000 medieval town with it's Benedictine Abby founded end of 11th century dissolved mid 16th century and later used as a school, a number of half-timbered buildings  draw the tourists as well as the main attraction the Blautopt a 20 meter deep lagoon fed by a karst spring 2000 liters of water per second it is one of Germany's largest and the source of the Blau River named because natural chemical impurities make the water blue is a special day trip on my rest day. 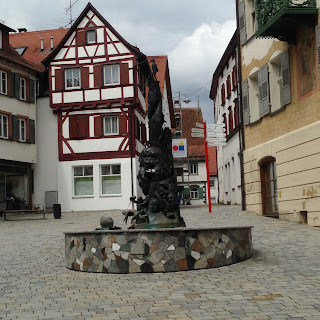 Best wishes to all.....Tom.
Posted by Geriatric Backpacker at 22:57